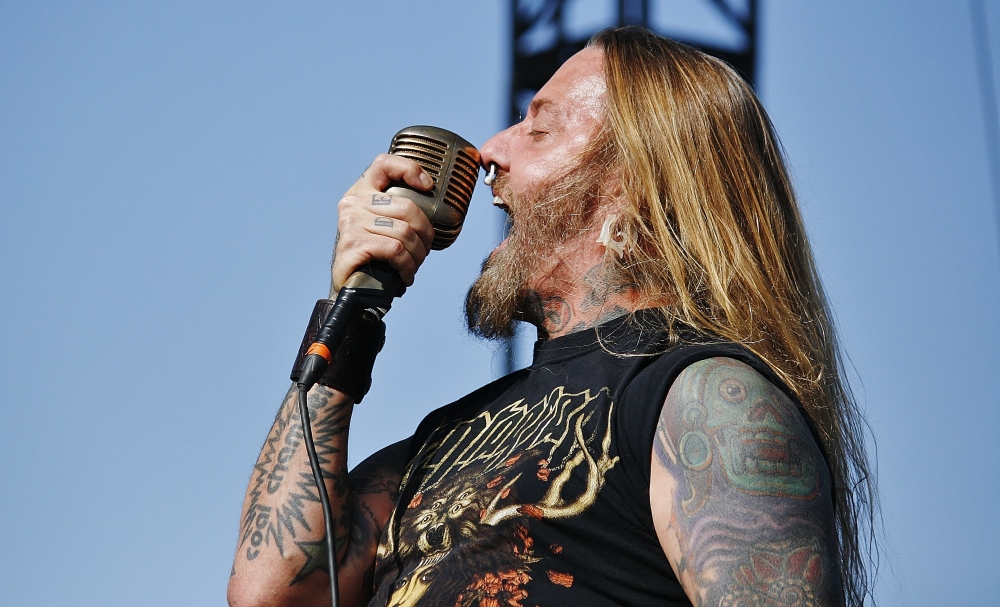 With their hard hitting new album Rivals out, Coal Chamber is back and better than ever! Barmetal had the opportunity to chat with vocalist Dez Fafara about wanting to tour with Rob Zombie as well as being in a psychobilly band when he was younger and his taste in a wide variety of music. Check out our interview with Dez Fafara of Coal Chamber below:

Is there one  band you would love to tour with that you haven’t gotten the chance to hit the road with yet? Who and why?

Rob Zombie. I respect him and loved his stuff for so long and John 5 is one of my favorite people to talk to and one of the nicest cats on earth. I would love to get together and do a tour with Rob. Everytime I talk to the guy or see him he’s just always cool. It would be perfect.

What was the first band Shirt you ever bought?

KISS – I was in fourth or fifth grade. Music has always been a huge part of my life, My parents had a huge record collection so from a very early age I didn’t come home and put on the TV I came home and put on records. I was into everything from The Doors to Steppenwolf. Music has been a huge player in my growth as a person. Even now I have a little Bluetooth in the shower and I listen to music on tour and people are like “Are you kidding me?” [Laughs] I can’t live without it.

Talk about the first tattoo you’ve ever gotten.

I was 14 going on 15 and I was in a psychobilly band called The Strange Wolves and the guitar player and I went down to the tattoo shop and I got a wolf on my right arm wearing a leopard skin rockabilly thing around his neck. My mom saw that and freaked out. [Laughs]

With a name like Barmetal, we have to ask…what is your preferred alcohol beverage?

I stopped drinking hard alcohol, occasionally on an off day I’ll have a mojito or whatever. My favorite is Italian red wine, before shows it’s a glass or two. I rarely drink after a show because I have another show the next day.

Did you go to shows when you were younger? Was there a particular show that was life changing where you knew you wanted to be in a band?

I went to a lot of different shows from punk rock to psychobilly and rockabilly stuff. I don’t know I was affected by so much music and I still am. I listen to so many different styles of music. My friends and I were crazy we would go see a psychobilly band then a punk band and then Missing Persons would be in town. I don’t know if one concert affected me it was more of sitting in my room listening to music going, ”This is what I want to do.” 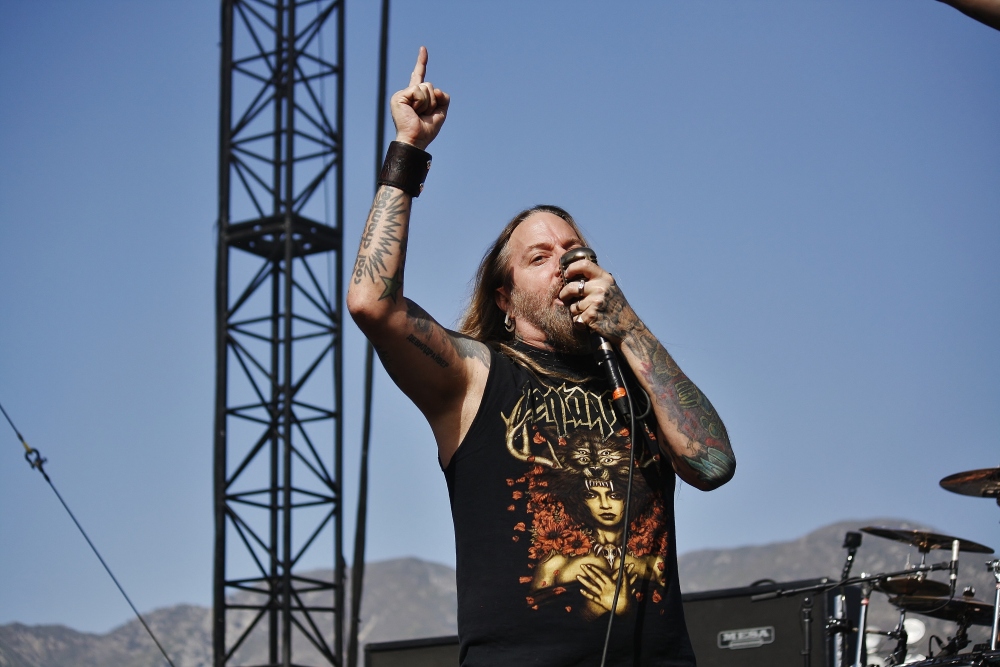 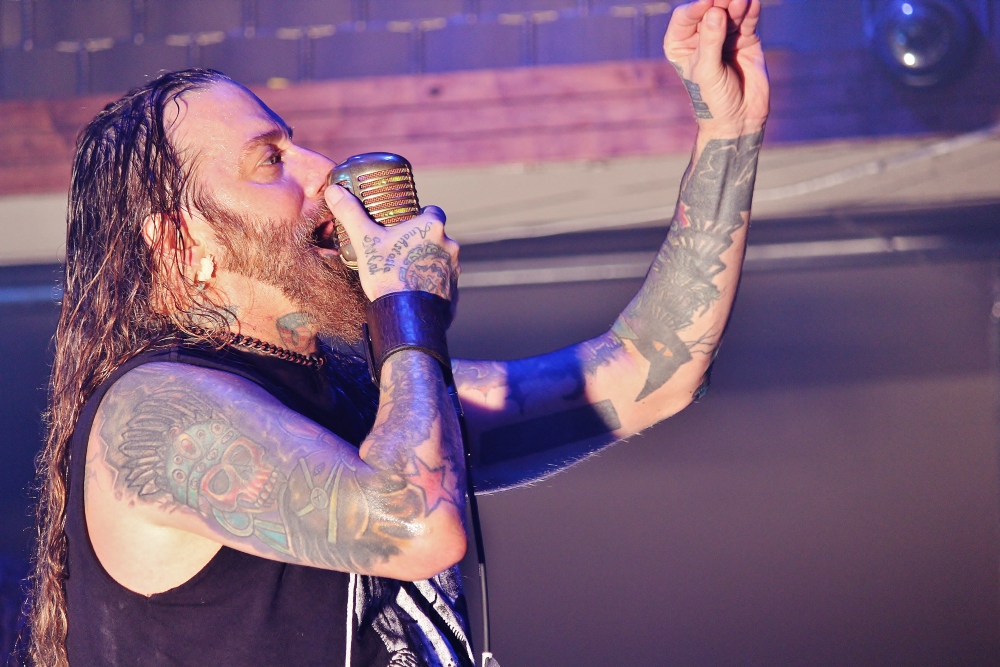 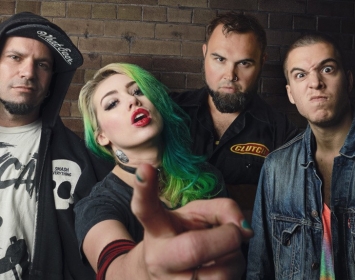 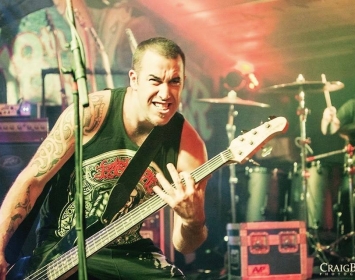 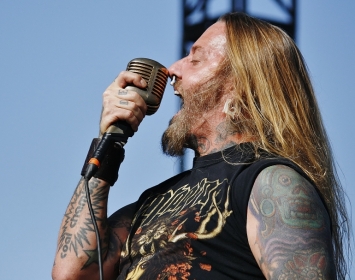 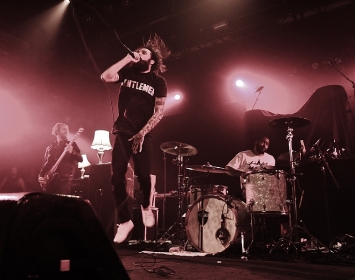 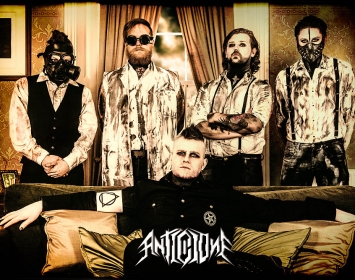 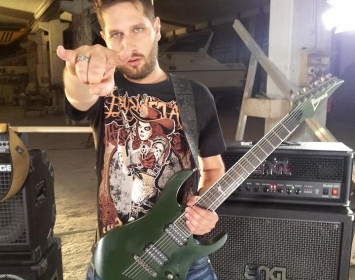 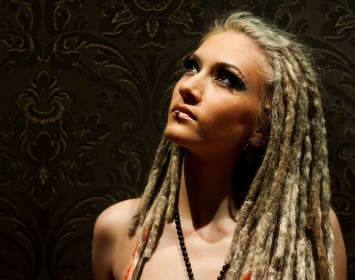